September 23, 1891 – The Biloxi Library Association files with the State of Mississippi for a Charter.

About 1893 – A subscription library (borrowers pay an annual fee) is in operation in Pass Christian.  The Library continued this operation for several years.

April 8, 1893 – A newspaper article reports on efforts to organize a public library in Biloxi.

1898 – King’s Daughters found first free public library in Mississippi, in Biloxi.  It was destroyed by fire in 1900, but reestablished in the Creole Cottage

October 27, 1911 – First steps were taken to organize a Library Association in Gulfport. A meeting was held at the Gulfport City Hall.

March, 1916 – Mayor George M. Foote of Gulfport reported that the Andrew Carnegie Corporation had made an appropriation of $10,000 for a 2,800 square foot Carnegie Library in Gulfport.

April 2, 1917 – After six months of construction, the Gulfport-Carnegie Public Library officially opens. Mrs. S. M. Williams is named Librarian. The City of Gulfport budgets a monthly “allowance” of $35.00 for Mrs. Williams salary and to purchase books and supplies.

1926 – Gulfport-Carnegie Library opens a county extension department, and the library begins to receive county funds on an annual basis.

1926 – Virgie Fayard becomes the librarian of the Biloxi Public Library.

1944 – Miss Maria Person appointed as the Head of the Harrison County Library. She is the first library science degree holder to be employed by a library in Harrison County.

February, 1947 – With funding from Harrison County and the Lions Club, the Gulfport-Carnegie Library opens a branch at the corner of 19th Street and 43rd Avenue in Gulfport.  It later becomes known as the West Branch. 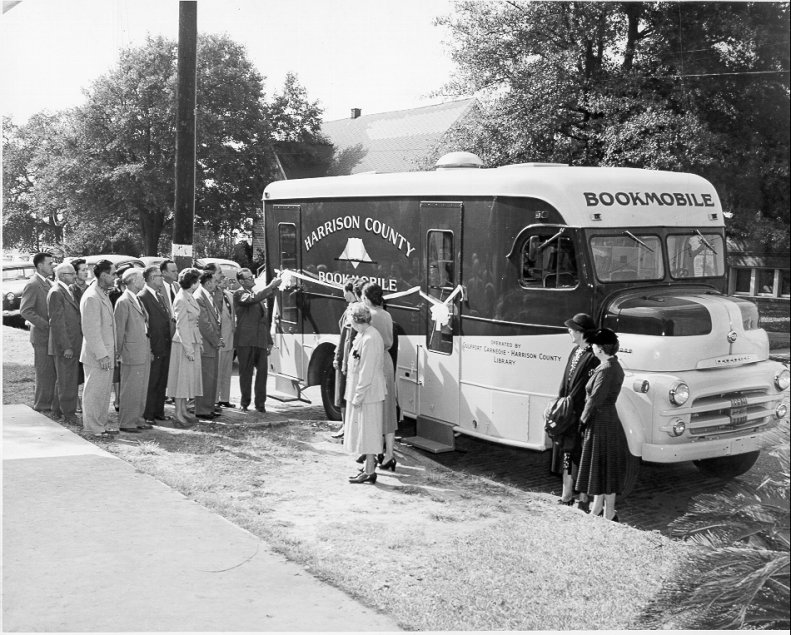 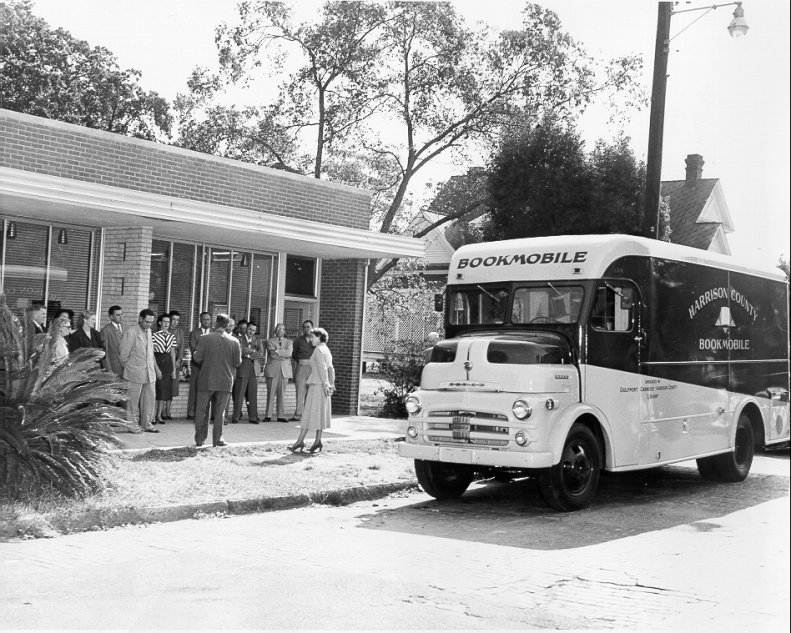 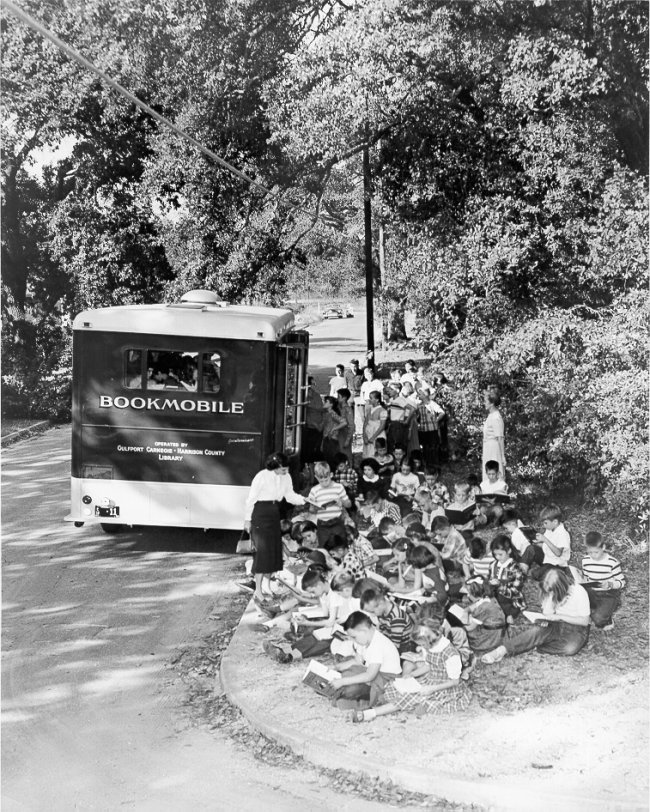 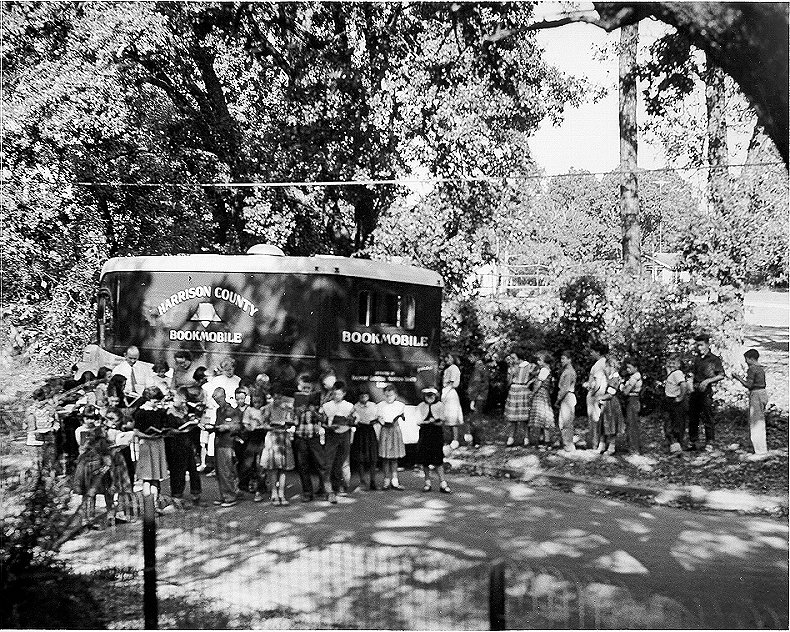 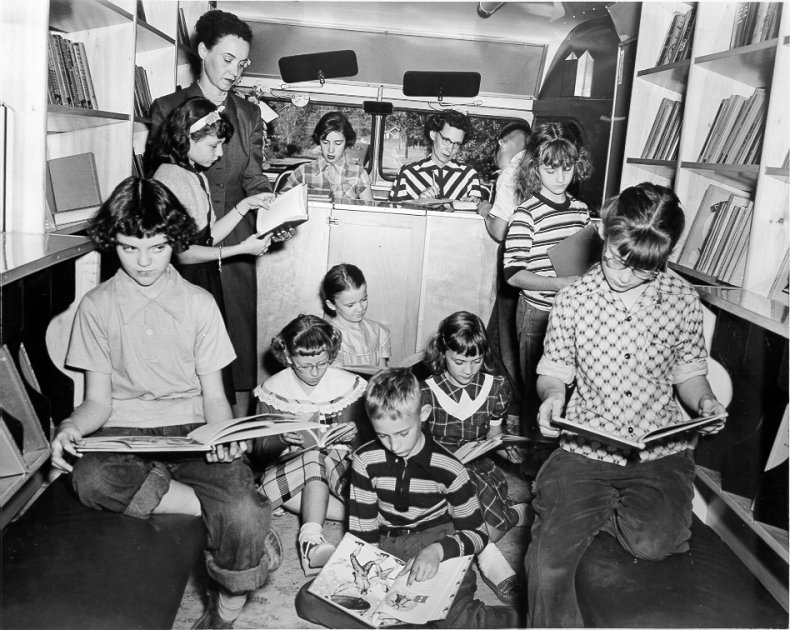 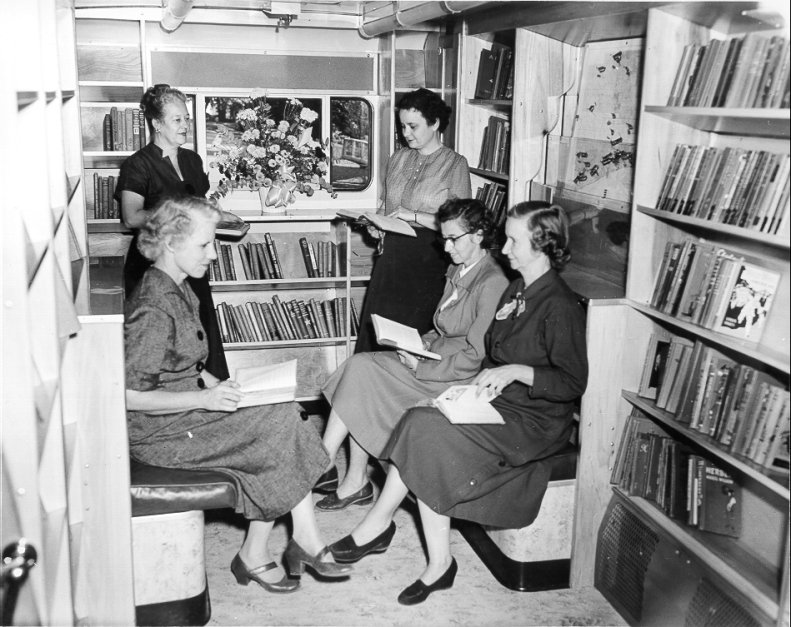 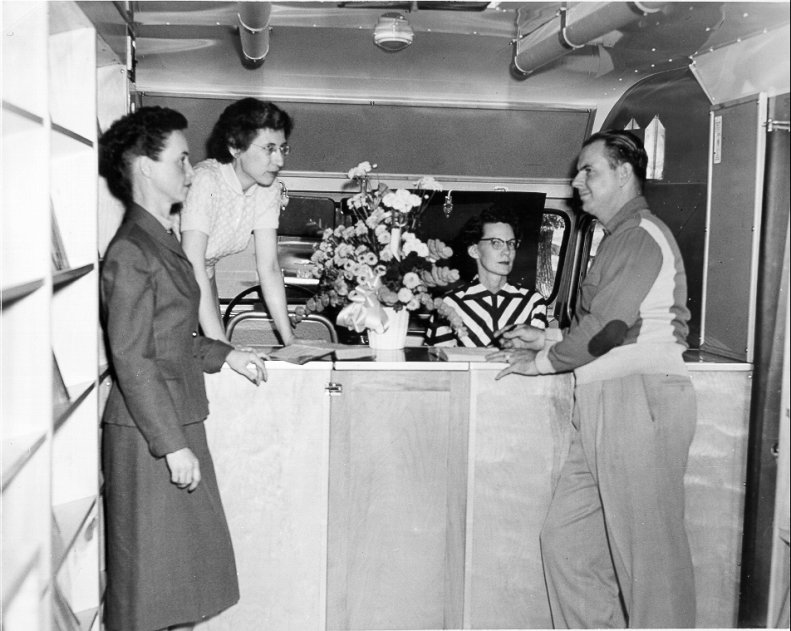 1964 – House Bill No. 716 passed by legislature. Bill provides the legal framework for construction and operation of a new City-County main library to replace the aging and over-crowded Carnegie building in downtown Gulfport. The bill establishes a ten-person board (five appointed by supervisors; five by Gulfport City Commission) to control the library and provides a new formula for the continual support of the library (three-fourths of funding from Harrison County, one-fourth from City of Gulfport).

August, 1969 – The new library building in Gulfport is seriously damaged by Hurricane Camille, the only public library in the county to be badly damaged. Services are suspended for some weeks. Approximately 45,000 volumes were lost in the storm.

March, 1970 – B. W. Finkbiner is hired as the Business Manager for the Gulfport-Harrison County Library.

1971 – After some years of declining use, the East and West Gulfport Branches are closed.

July, 1972 – Maria Person , Gulfport Head Librarian for over twenty-seven years, passes away.  B. W. Finkbiner, Business Manager, takes over as head of the Gulfport-Harrison County Library.

December, 1972 – Chairman of the Gulfport-Harrison County Library Board signs an agreement with the Mississippi Library Commission that makes Harrison County public libraries eligible for funds from the Commission’s Personnel Grants Incentive Program. Terms for participating in this program require recipients to be in a county or multi-county library system headed by a director who holds a master’s degree from an American Library Association (ALA) accredited library school.

In fiscal year 1972-1973, libraries in Harrison County receive $143,227 from the grant, including salary for a professional librarian recently employed in Pass Christian where a new library building is under construction.

May, 1973 – Using a Mississippi Library Commission owned bookmobile as a temporary building, the Gulfport-Harrison County Library opens regular branch library service in the Orange Grove area of the county. The Bookmobile is soon replaced by a mobile home also loaned by the Commission.

June, 1973 – Norman Graham is employed as director of the Gulfport-Harrison County Library. The State Library Commission regards his employment as fulfilling the requirement that the county library system be headed by a qualified librarian.

October, 1973 – A newspaper article reports that Biloxi’s oldest library (The Creole Cottage) is to be relocated and restored.

September, 1974 – Gulfport-Harrison County Library receives a grant of $51,293 from Mississippi Library Commission to produce the Mississippi Union List of Periodicals, a computer generated listing of the periodical holdings of some 40 of the largest libraries in the state. This immensely complicated project, the first major computerized publication ever produced in the state, is successfully completed in June, 1975. William E. Stant is hired to complete this complex project.

May, 1975 – Friends of the Biloxi Library organization holds its first meeting.

September, 1975 – A scale model of Biloxi’s proposed $1.6 million Library and Cultural Center is exhibited at the first general meeting of the Friends of the Biloxi Library.

September 1975 – A proposed contract for the new Harrison County Library System is completed.  The contract left local library autonomy intact and created a representative Advisory Board.

May, 1976 – The Pass Christian Public Library becomes a member of the system.

September 1977 –  The system Bookmobile service is retired, and a route serving nursing and retirement homes, the County Farm, day care centers, and the Juvenile Court is established.

September 1982 – Charline Longino is named the Head Librarian for the Biloxi Public Libraries.

August 8, 1983 – Harrison County supervisors, by resolution of August 8, 1983, creates the Harrison County Public Library System, under control of a five-member board made up of representatives from the municipal library boards, the city-county board, and one member from the county at large.

August 1, 1984 – The Genealogy Room at the Biloxi Public Library is dedicated in memory of Blondie Broom Hartmann

March 1, 1993 – Norman Graham retires after nearly 20 years of service as the Director of the Harrison County Library System. Gulfport librarian Coleen Byrd is the Acting Director.

August 8, 1993 – Richard Mobley is hired as the Director of the Harrison County Library System.

1995 – Charline Longino, Head Librarian of the Biloxi Public Libraries, serves as the President of the Mississippi Library Association.

April, 1999 – The Harrison County Library System receives a grant for the purchase of computer equipment from the Gates Library Foundation, a non-profit organization now known as Bill & Melinda Gates Foundation.

August – December, 1999 – The General Services Administration (GSA), an agency of the Federal Government, wants to purchase the Gulfport Public Library site for the construction of a new federal courthouse. A group of over 300 library supporters form and rally to save the Gulfport Library from demolition. In February 2000, GSA announces that it will not tear down the Gulfport Library.

December 12, 2002 – The groundbreaking ceremony for the addition of the Margaret S. Sherry Library is held.

August 29, 2005 – Several libraries within the Harrison County Library System are either destroyed or severely damaged by Hurricane Katrina.  Photographs

September 2005 – Library service in the Harrison County Library System resumes on a limited basis.  Many branches remained closed due to destruction.

October 2005 – The Biloxi Public Library is awarded a National Endowment for the Humanities Chairman’s Grant to help stabilize and preserve the Local History & Genealogy Department Collections.

November 5, 2005 – The Pass Christian Library reopens in War Memorial Park with the donation of two trailers from DuPont DeLisle Plant.

November 2007 – The Local History & Genealogy Department was awarded a grant from the Connecticut Book Party for programming and relocation expenses.

July 31, 2008 – The D’Iberville Public Library is officially renamed the Jerry Lawrence Memorial Library in honor of the late Mr. Lawrence’s contributions to the city and his service as the first mayor of the city.

August 2008 – Bush Clinton Katrina Funds are awarded to the West Biloxi Library for post-Katrina repairs to the existing building.  Funds of $300,000 are allocated to the library for roof reconstruction.

September 2008 – Bush Clinton Katrina Funds are awarded to the Pass Christian Library to assist in re-building a new library for Pass Christian.  Funds totaling $300,000 are allocated to the library project.

October 27, 2008 – The Biloxi Public Library’s Local History & Genealogy Department officially reopens in downtown Biloxi after relocating to 135 Main Street on the third floor of the Biloxi Post Office. The ceremonies mark the first time since 2005 that the HCLS historical collections are consolidated in one location.

December 8, 2008 – The Orange Grove Library celebrates its 30th Annivesary with an holiday-themed open house and refreshments.